At Ancient Earth Pigments we wish to minimize our use of toxic or dangerous products as much as possible; both in terms of their use, but also in terms of the environmental impact of their manufacture or extraction. This means we don’t carry many pigments of historical importance, such as the mercury-based vermilion (cinnabar), or lead white (ceruse), or the modern cadmium reds and yellows. And we also wish to avoid tremendously expensive or environmentally problematic products like Tyrian purple (from a now-rare whelk shell). However these colors played important roles in historical painting, and their absence leaves gaps in the palette that are lamentable. So we have always offered some modern synthetic pigments as substitutes for their historical predecessors. 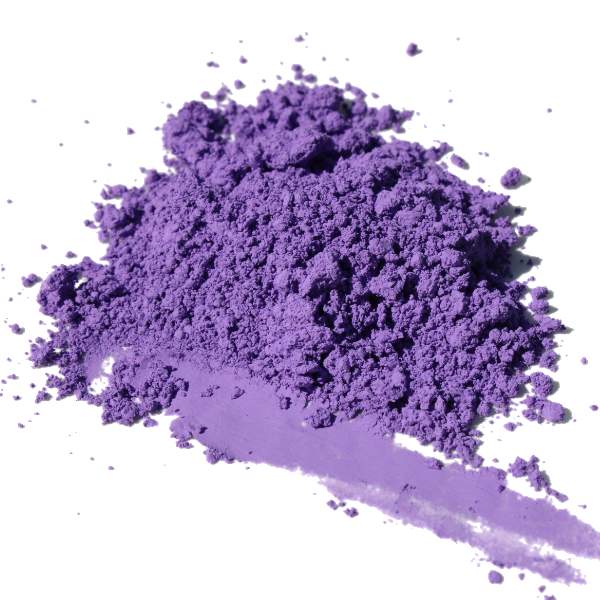 Major changes in the use of pigments occurred throughout history, mainly in response to changes in cost or availability of certain pigments brought about by the advent of global trade. For example, the arrival of highly concentrated and inexpensive indigo from India displaced local industries in Europe and East Asia that used other plants that contained the same pigment. In Europe, of course, that blue was extracted from woad, an invasive and nutrient-intensive weed. The popularity of that blue dye had led to soil exhaustion and problems with other crops in Europe, so arrival of indigo from India displaced the local woad industry. When the Spanish brought cochineal back from the New World, it quickly displaced a similar red pigment produced by scale insects from Anatolia and Armenia. Even in the medieval era the discovery of chemical modifications, sometimes guided by the protoscience of alchemy founded in the Islamic world, led to synthesis of new pigments from completely unrelated materials. But the largest change in the use of pigments for dyes and paints in history occurred along with the Industrial Revolution, when availability of unprecedented amounts of energy and novel raw materials from fossil carbon, combined with the growing understanding of chemical principles, led to a revolution in the production of new dyes and pigments, many of which proved cheaper and more chemically suitable than their natural predecessors.

As every schoolchild knows, one signal event in the Industrial Revolution occurred in 1859 with the invention of the artificial dye mauve, by the teenage chemist William Perkin. Perkin was using the newly available product coal tar (a byproduct of coke production for making steel, or gas production from coal to light or heat cities) to try and synthesize quinine, then as now used to treat malaria. Instead, he accidentally synthesized the similar chemical structure that results, in different chemical compounds, in the blue pigments of indigo/woad or folium (discussed in earlier articles on this blog). The color he produced was the first of many aniline dyes (named for the basic chemical structure), and was exceptional in that it was colorfast and could dye silk and cotton. This resulted very quickly in wealth and fame for Perkin, who went on to be a fellow of the Royal Society and to discover many more important synthetic procedures for various pigments. Mauve itself was only briefly successful as a product, but the example of its synthesis from entirely novel components caused a tremendous stir in the newly involving industries in the Western world. Chemists, industrialists, and even politicians realized that synthesizing pigments and dyes (particularly dyes) de novo could revolutionize the industry, which was dependent on agricultural or even wild products that often came from far-off lands, often under some other country’s political or economic control (as described brilliantly in A Perfect Red, by Amy Butler Greenfield, HarperCollins, 2006). Huge industrial efforts ensued and the result today is a near infinite palette of chemicals that can be used in pigments and dyes.

Mauve and other aniline dyes are organic, that is to say they are compounds of organic carbon. Many currently synthesized organic dyes or pigments are duplications of compounds found in nature, but synthesized from fossil carbon. An excellent example of this is alizarin, whose synthesis process was also discovered by Perkin. Alizarin gives red color to madder, one of the classic dye plants known from ancient times, and can yield the important lake pigments rose madder and alizarin crimson. Synthesis of alizarin from coal tar (discovered by chemists at BASF in Germany in 1871) resulted in far easier and cheaper availability of alizarin dyes and pigments and madder practically disappeared as a significant crop, as did the market for cochineal bugs from South America (Greenfield, 2006). Indigo, another organic compound, is also now produced through chemical synthesis, so there’s no need to let your garden be taken over by invasive woad! Unless, of course, you want to study the historic production of blue dyes and pigments that way (which is really cool).

The Industrial Revolution also produced advances in the purification and refinement of metals, which in turn has led to the availability of modern inorganic dyes and pigments. Titanium dioxide as a pure compound was unknown to the ancients, but was first isolated from naturally occurring minerals in 1916. It is now an important white pigment with many fine art and industrial uses (and its presence in modern forgeries is often how forgers slip up!). Cadmium compounds also became available in the middle of the 19th century and have been some of the most important reds and yellows used in fine art painting because of their stability. Recently the toxicity of cadmium metal has led to increased use of azo dyes (synthetic organic compounds) in their place. However, I think it is important to acknowledge at this point that even though a particular compound we use may be safe, in most cases its precursors or its breakdown products (such as cadmium metal, or benzidine for some azo pigments) may be themselves toxic, or environmentally damaging, and don’t necessarily present a net improvement over classic pigments containing lead or mercury, like ceruse or vermilion. However, paints that are safer for the artist to use are increasingly available. 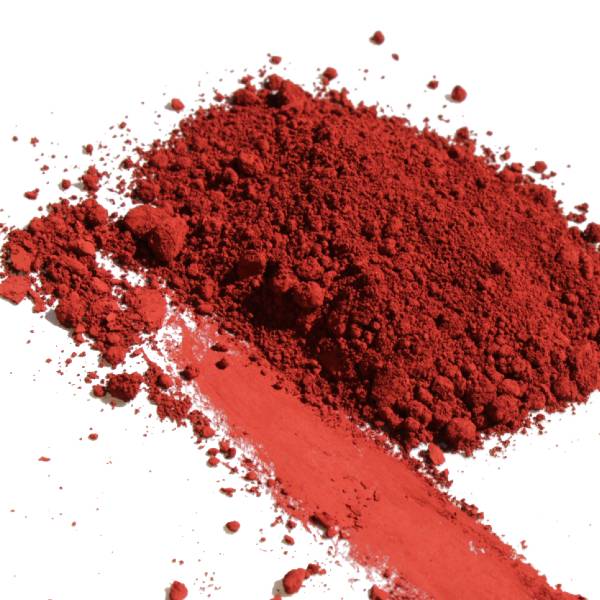 This iron oxide red is a replacement for other non-modern colors that are not available.

Another important category of modern synthetic pigments are the oxide pigments, produced by reacting metals with water and/or oxygen under variable conditions, or thermal decomposition of metal salts. Metal oxide pigments are the most common kind of natural earth pigment chromophores, but synthetic techniques have yielded many more kinds of coordination complexes which yield different colors and shades. Frequently the vividly colored oxide pigment is mixed with a colorless or weak colored natural earth or minerals to produce a usable pigment powder. Synthetic oxides are (mostly) as safe to use as natural earth pigments, and represent a good compromise between fidelity to historic use and cost/convenience/safety. As always, be careful and tidy when handling pigment powders, even those which are non-toxic.

Thank you for joining us as we do Pandemic Projects, meant to keep you energized, curious and learning!

All shipping and insurance costs have been updated (October 22). Be sure and contact us if you find an error. Thank you! Dismiss